Uptick of Lyme Disease Observed Nationally and In New Jersey 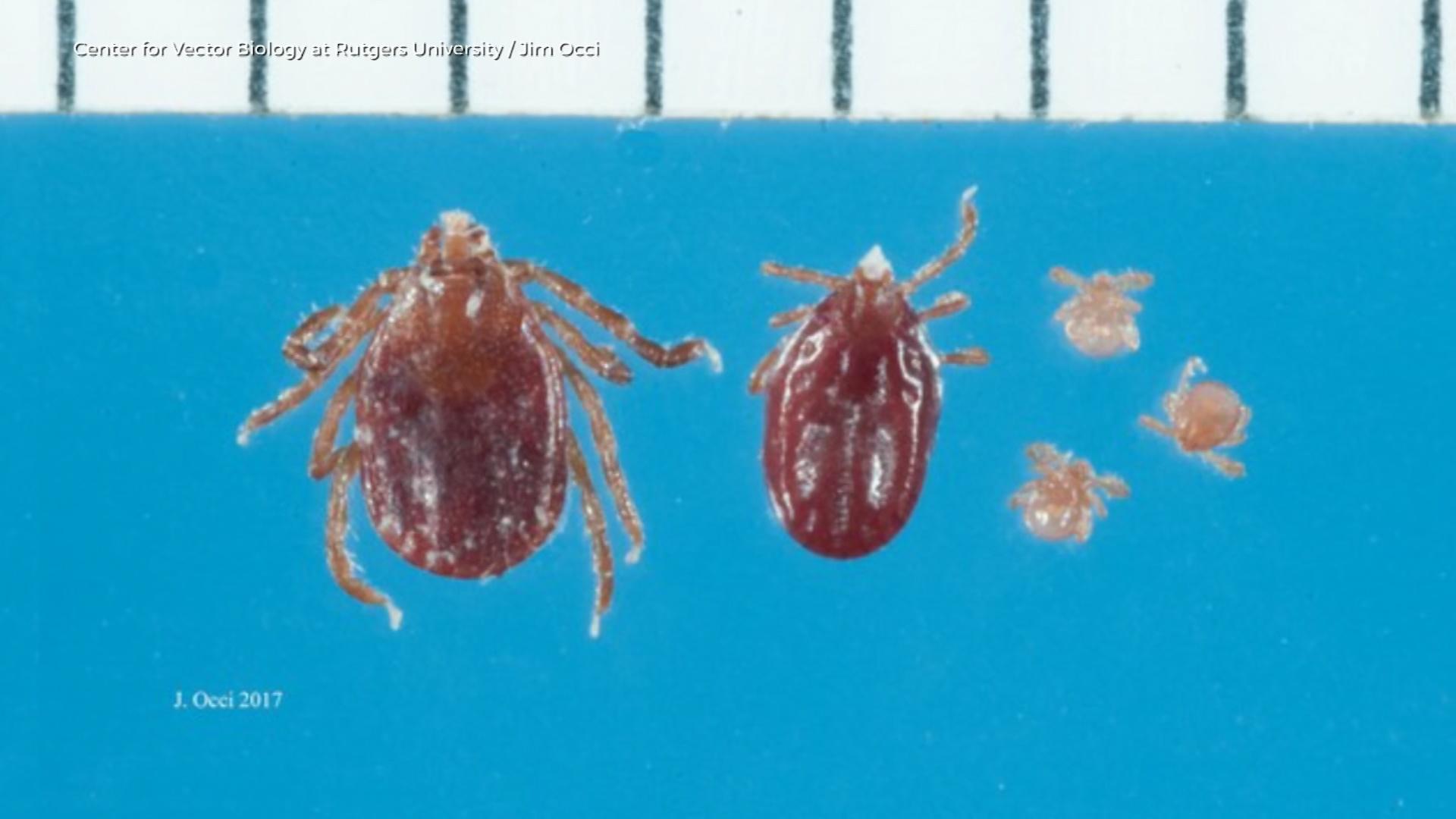 Three-year-old pup Bowser is getting a once-over for ticks. He doesn't mind so long as it comes in the form of a belly rub. But pet owner Ed Krysa knows the task is serious. He contracted Lyme disease several years ago after his old dog brought home a family of the pesky bugs.

Lyme disease is the fastest growing infectious disease in the nation, and it's on the rise in New Jersey with 5,092 reported cases across the state in 2017, according to the Department of Health. That's a 17 percent increase over last year, and if that doesn't seem noteworthy, 10 counties tallied record-setting numbers, with Morris outpacing the rest at 650 cases in 2017.

"It turns out the way the tick infects us is by staying attached to us for several days, and in the course of doing that injecting the organisms into us. So in reality the tick has to be attached for 24 to 48 hours before you're at serious risk of Lyme disease," said Dr. John Halperin, chair of the Department of Neurosciences at Overlook Medical Center.

If untreated, Lyme disease causes flu-like symptoms. It can be cured with a round of antibiotics, especially with an early diagnosis. In severe cases it spreads infections throughout the heart and nervous system. The deer tick is most common in New Jersey, and it's active throughout summer, spring and fall.

But Department of Health Commissioner Shereef Elnahal warned, "May, June and July, so right now, are the peak months for transmission of tick-borne illness."

The state is warning residents, especially those with children and pets, to take preventive measures.

"The most important thing that I can emphasize is to do tick checks. That means checking yourself at home before you shower after being outdoors," said Elnahal.

The health commissioner also recommends wearing light colored clothing so you can spot a tick, avoid really tall grass and the more quickly you remove a tick, the less likely it is to transmit a disease.

That advice is especially important as health officials warn not just of a tick explosion, but a new, exotic species, called the East Asian tick, which was recently found in New Jersey. It's the first record of it in the U.S., and so far scientists can't link it to a disease and it seems to prefer cattle to humans.

"We don't know about the new species because all species are not the same," said Dr. Nikhat Parveen of Rutgers Medical School.

Doctors say it's no need to worry at this point, but there's every reason to be vigilant.